Excipient World is an International Pharmaceutical Excipients Council of the Americas (IPEC-Americas) event. Excipient World (formerly ExcipientFest) was imagined in 2000 and launched in 2001 in Puerto Rico by Dwight Mutchler, President of IMCD US Pharma CMD (formerly Mutchler Inc.). The event was launched to address the need for comprehensive excipient education for pharmaceutical manufacturers and provide a marketplace to conveniently source excipient solutions from local excipient manufacturers and later from global suppliers.

The event has expanded over its nearly 20-year history, attracting attendees beyond pharmaceutical manufacturers, including biologics and veterinary medicine, offering an expanded conference program covering the full spectrum of excipients and innovations, and an exhibition with a full mix of suppliers offering source, products, process, functionality, drug dosage forms and finished product solutions.

Top excipient user manufacturers, government agencies and excipient suppliers from around the world have supported and continue to participate in the event including: 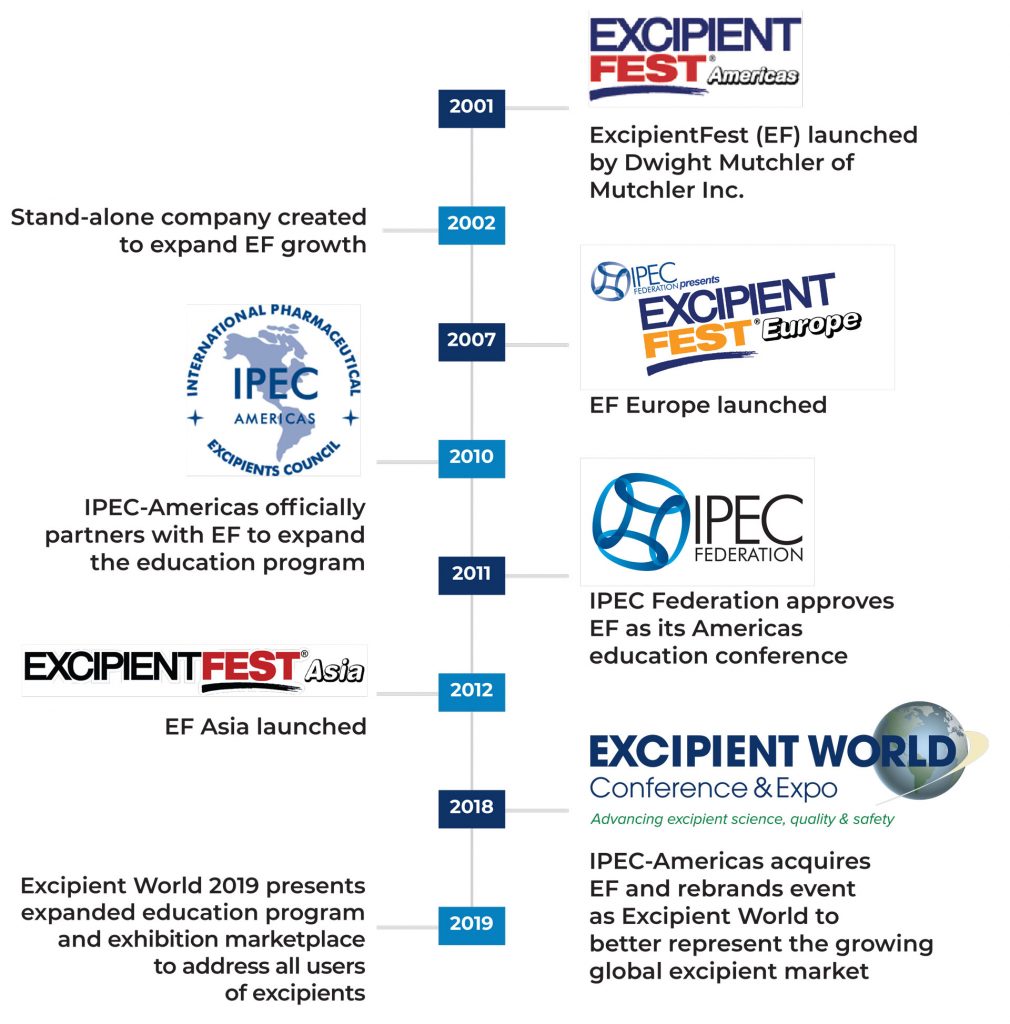 It was clear the market needed an education, sourcing and networking event for the excipient market. The conference and expo grew from 120 participants to more than 600 manufacturing professionals and excipient manufacturing suppliers. ExcipientFest property was separated from Mutchler Inc. and a stand alone company created in 2002 to grow the event and expand it beyond the manufacturing market in Puerto Rico.

In 2018, IPEC-Americas officially acquired ExcipientFest to fulfill their mission to effectively support the business, science, quality and safe use of excipients in pharmaceutical manufacturing and educate all excipient end-users on the proper use and applications of excipients and ingredients.

ExcipientFest was rebranded to Excipient World Conference & Expo to better reflect the growing international market for excipients and excipient sourcing and the important role excipients play in the enhanced efficacy of drugs and products while delivering innovations to market faster.