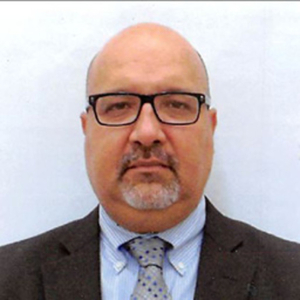 Carmelo Rosa started with the FDA in May 1990 as an Investigator for the Los Angeles District. He later transferred to the San Juan District, where he served 13 years as a pharmaceutical drug investigator and during 6 years as a compliance officer. Carmelo is a member of the foreign drug inspection cadre and has conducted many inspections, reviewed cases of complex pharmaceutical process and other commodities regulated by the FDA.

In August 2008, Carmelo relocated to Maryland and was promoted to team leader and Branch Chief in the FDA. In 2012, He was awarded the position as Division Director. He has served as a professor at the University of Puerto Rico, School of Law, and Johns Hopkins University. Carmelo is responsible for the review of all foreign GMP inspections. He leads the division that initiates regulatory actions against non-compliant foreign pharmaceutical firms and works closely with International Regulatory Authorities in different collaboration initiatives.

He is one of FDA’s representatives at PIC/S and a frequent speaker at domestic and International FDA, PDA, ISPE, DIA conferences, Carmelo meets with CEOs and Senior Industry Executive and Pharma Management to quality issues and process improvements plans.

Signup for our eNewsletters